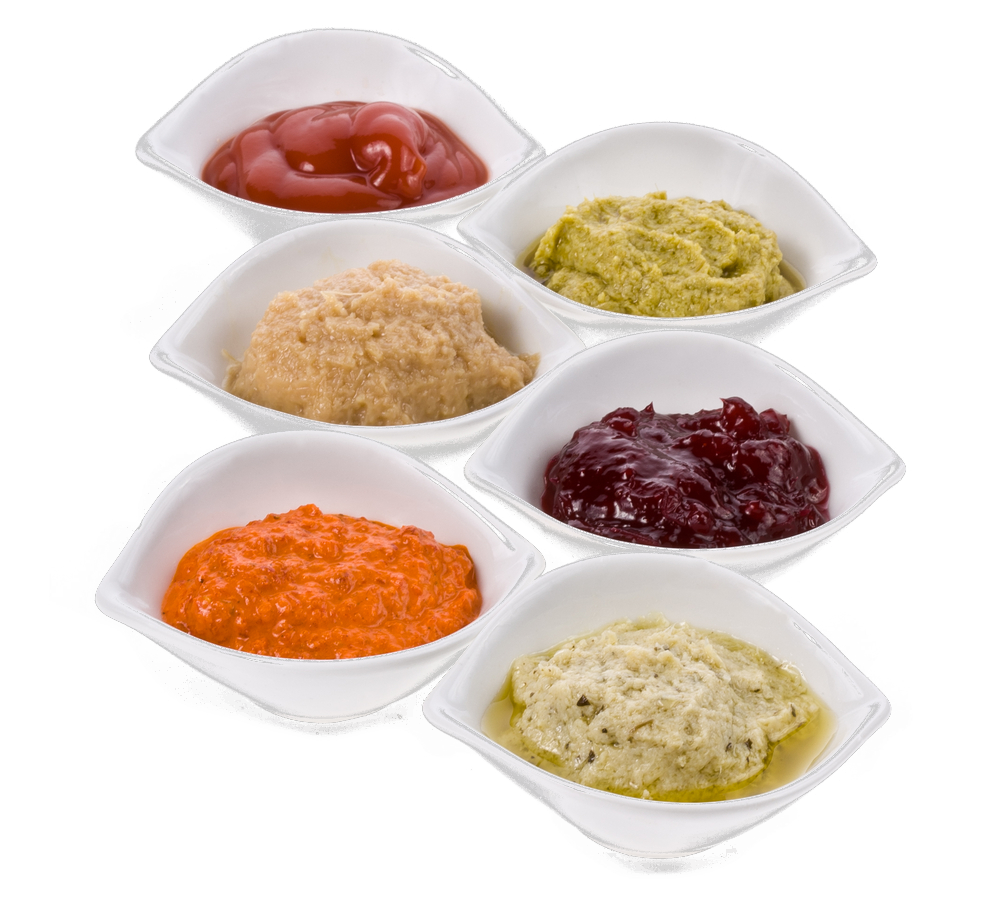 According to Athenaeus of Naucratis (II century C.E.), as far back as during the Roman imperial age, the key to a banquet’s success rested with the condiments and sauces selected to go with the various dishes.

Across the Italian peninsula, recipes for sauces have been handed down since the medieval times and have become integrated in regional cuisines. Worthy of note are the Veronese green “pearà” (literally “peppered”) and the internationally renowned Genovese pesto. Nonetheless, pestos can be found declined in disparate locally relevant forms, such as in the case of the bright-tasting pistachio pesto. The latter belongs to the gastronomic tradition of the comune of Bronte or, more broadly, of the southern island of Sicily, in which area such green gold permanently resides. Thanks to its cooling, aromatic flavor and creamy consistency, pistachio sauce easily rivals tomato sauce for the preparation of pasta-based dishes. Tomatoes have, however, also enriched Italian pasta recipes with thick pastes, soups, and sauces.